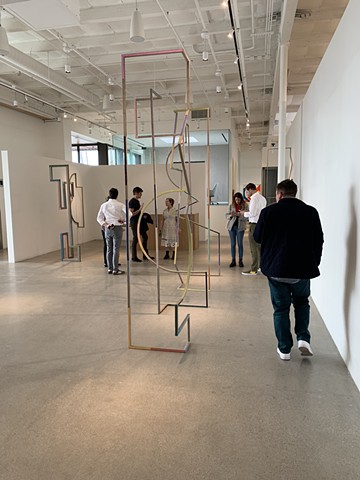 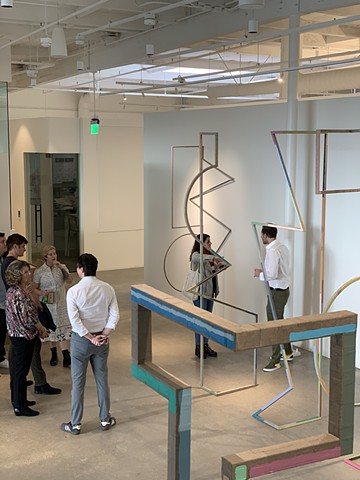 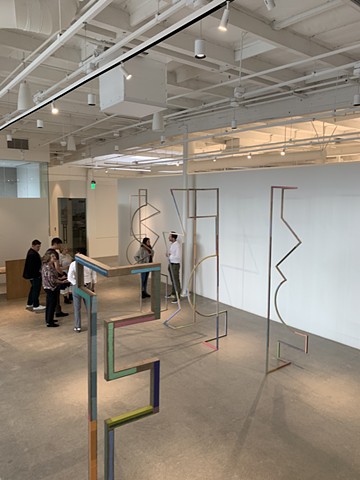 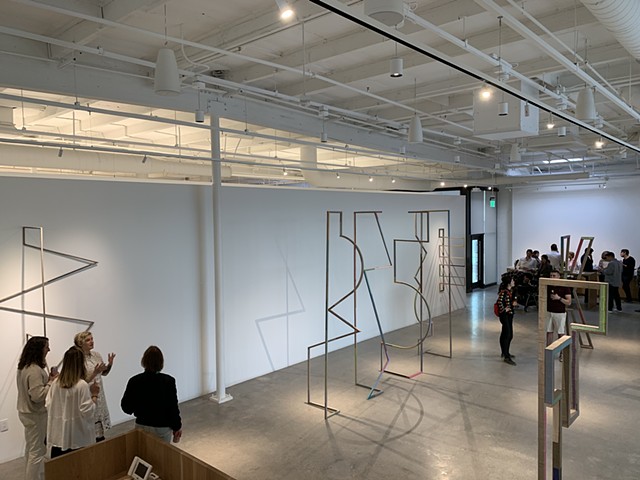 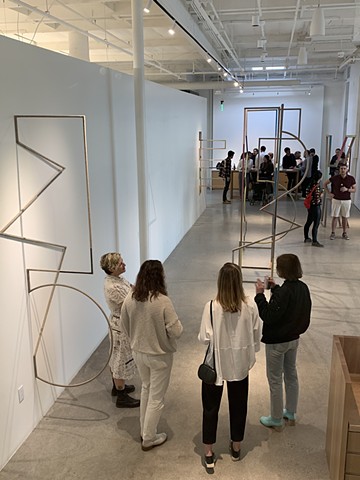 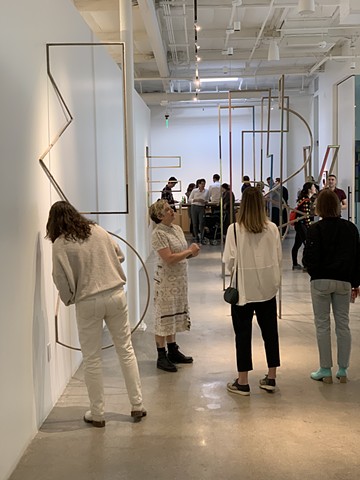 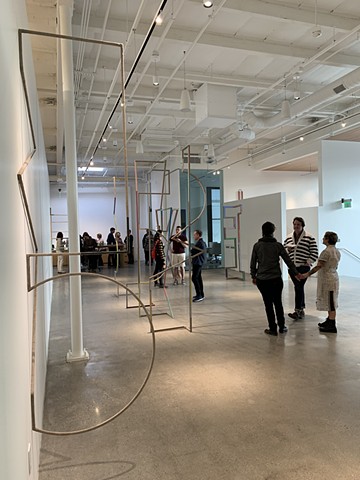 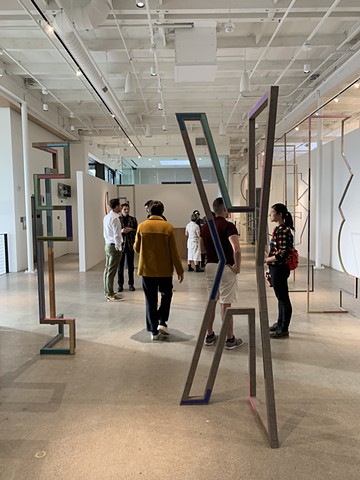 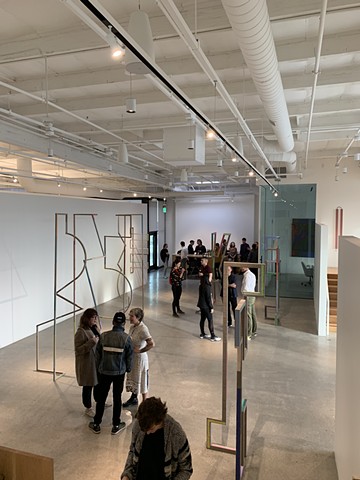 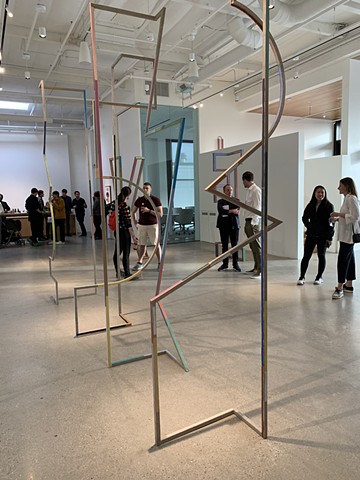 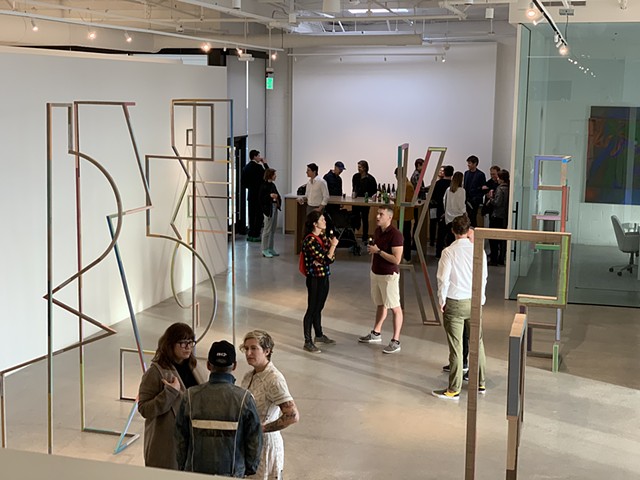 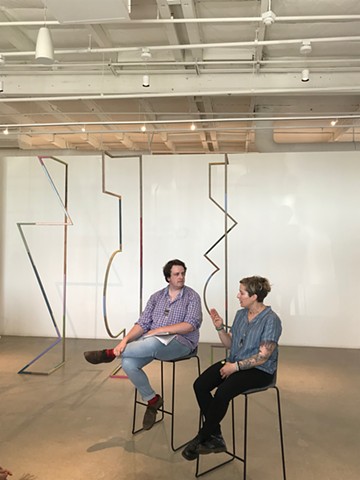 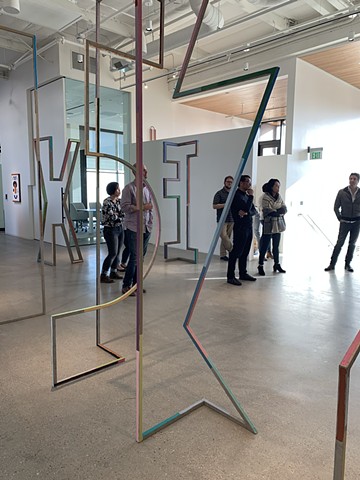 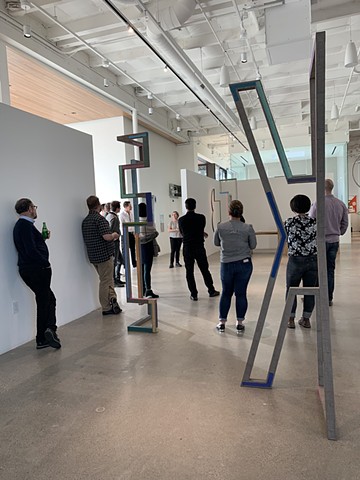 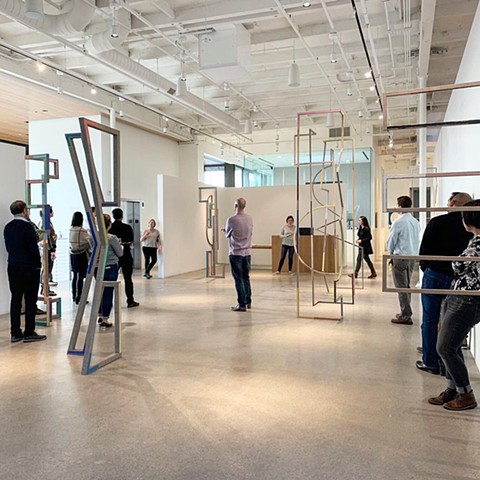 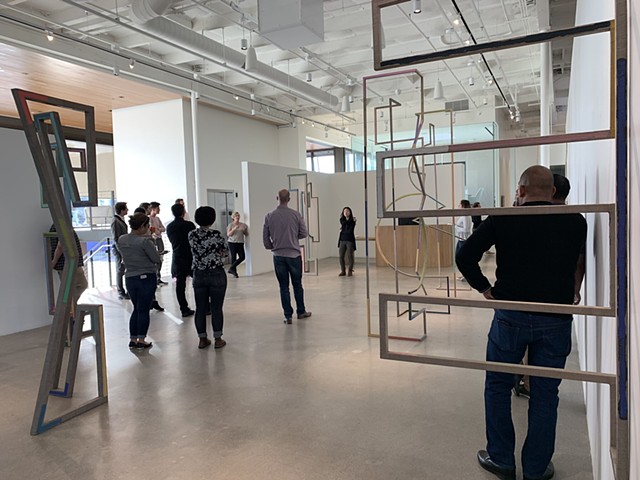 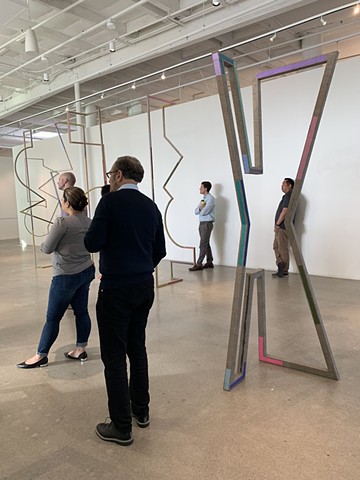 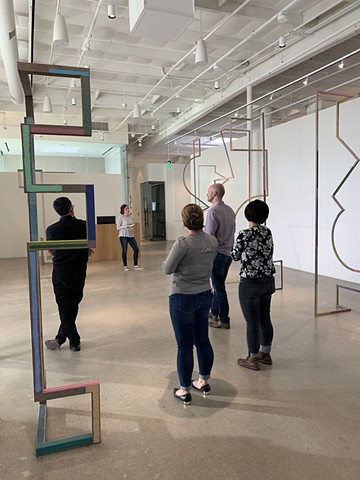 Euclid is pleased to announce a solo presentation of work by MOLLY LARKEY. Consisting of large-scale metal structures that she welds, wraps in linen fabric and paints, Larkey's works embrace contradiction through the joining of opposing forces. The resulting shapes cannot be held down to one category: as you move around them, the sculpture becomes a painting, which becomes a line, which becomes a shape, which turns into a letter, which becomes architectonic. This fluidity points to how structures that benefit from an either/or have routinely denied the both/and a space, a name, even a shape or form. In an act of imaginative rebellion, the work rejects the dichotomous, and reveals and insists on elasticity of form and function.

Every aspect of Larkey's work has a material and metaphorical relationship with real life structures. The steel square tubes that she welds are commonly used to make fences and gates - structures associated with enclosure, separation, confinement, and control of movement. Here, they are reconfigured to become dynamic and generative and open to multiple interpretations. Wrapping the works with linen also transforms the metal without negating its structural qualities. The linen fabric, in addition to its painterly associations, acts like a bandage applied by hand, bringing a sense of care and healing to the rigid structure.

The use of paint further animates the geometrical lines and straight edges of the structure. The wide-ranging colors, applied with various textures and qualities of line, create a musicality whose tones unfold as one moves around the piece, bringing together opposites and incorporating empty spaces as pauses. The resulting work encompasses contradictory impulses, colors, materials, and forms without negating or erasing one element in favor of another. It proposes that all voices and elements, even those in seeming opposition, are necessary to the whole.

For Larkey, sculptures are objects that convey meaning through their physical presence and thereby impact the way that a body can relate to the physical world. The shift in perspectives that occur with interaction embodies a subtle but powerful idea: structures that accommodate and celebrate movement can change perception and create possibility. In this way, Larkey's work points to the challenges of communication in our world and suggests a future free from fixed perspectives.