EXHIBITIONS > "The Not Yet (or the Dictionary of Insubordinate Geometry)," Luis de Jesus LA, 2015 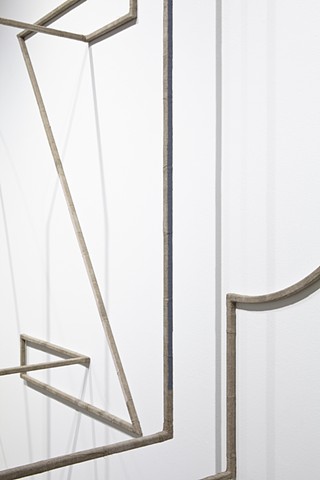 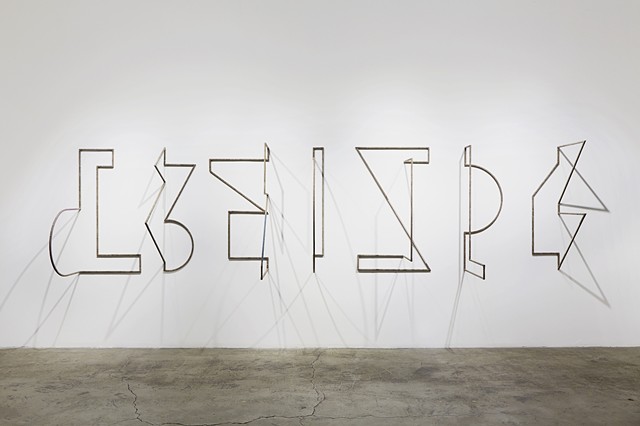 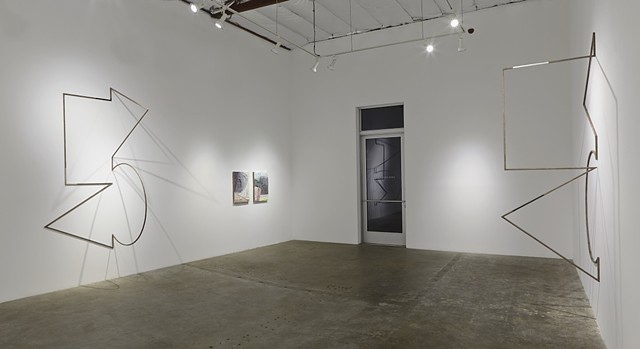 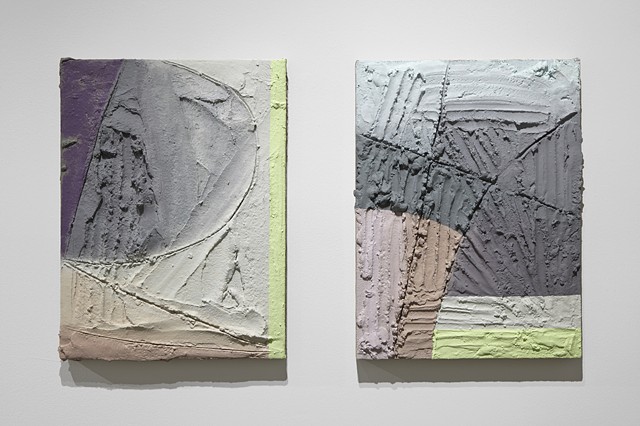 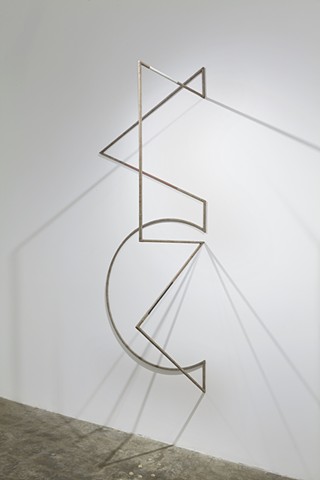 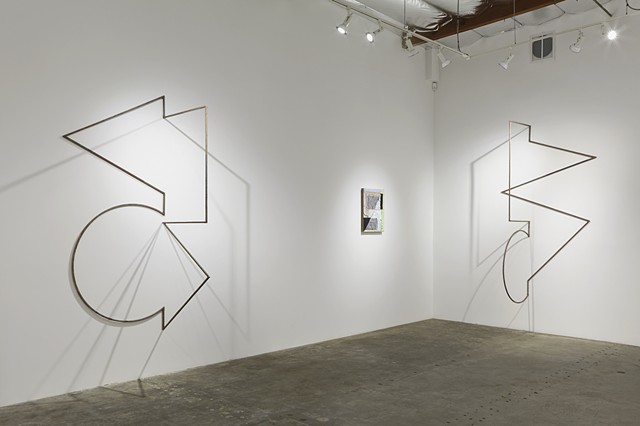 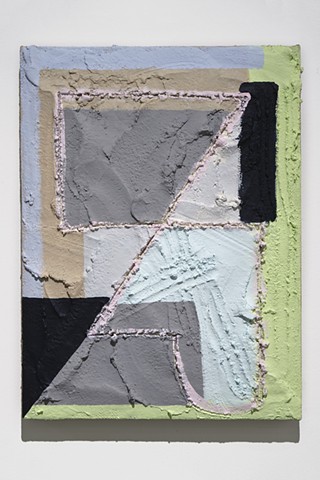 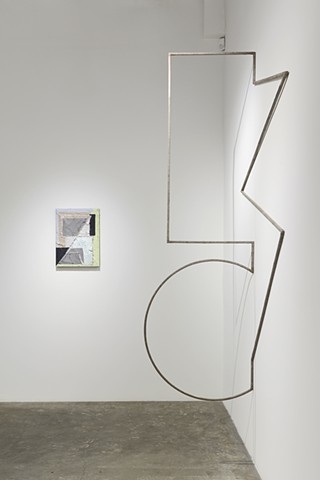 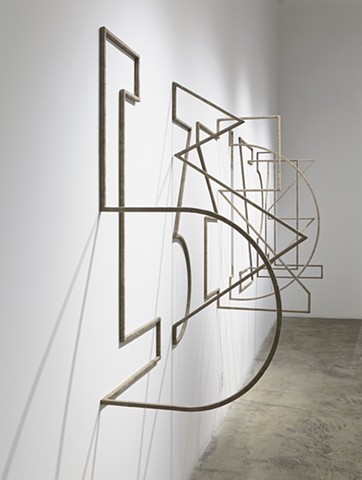 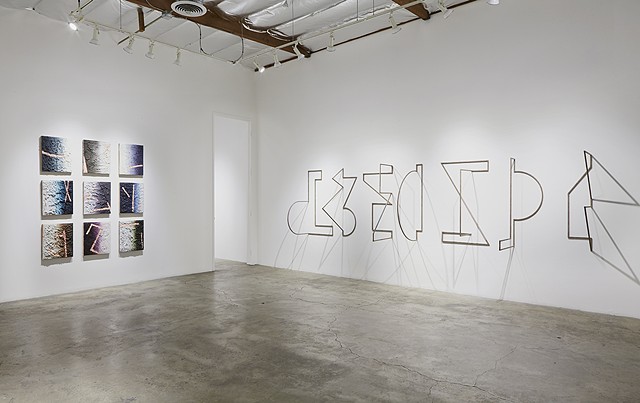 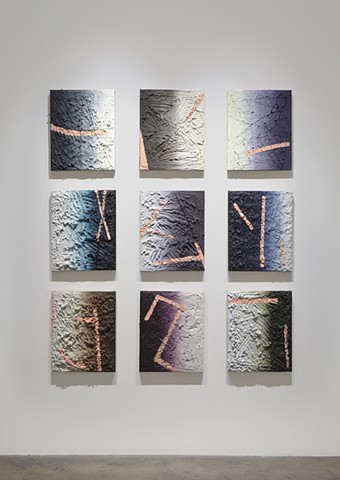 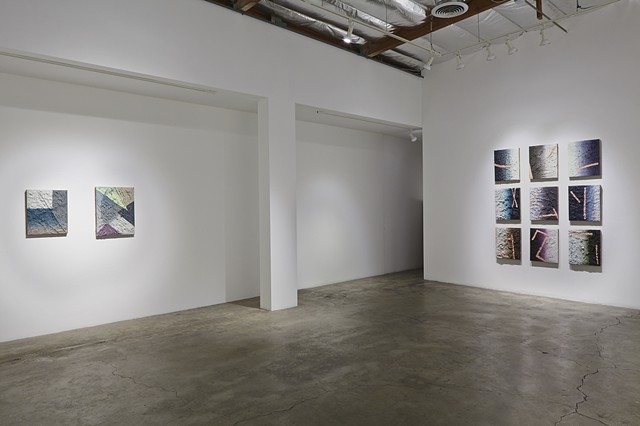 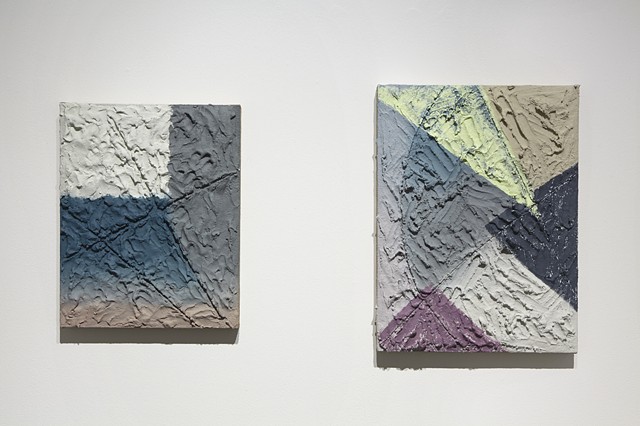 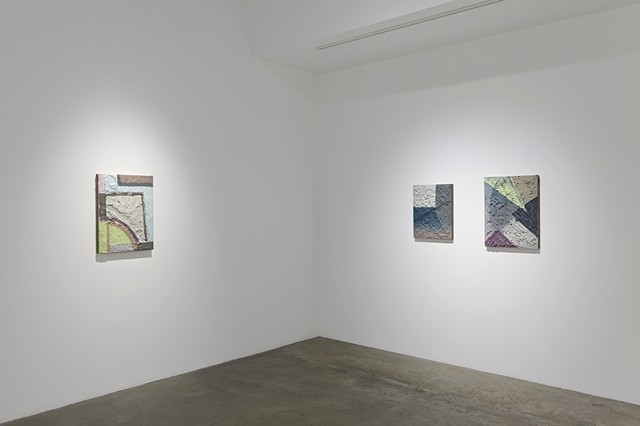 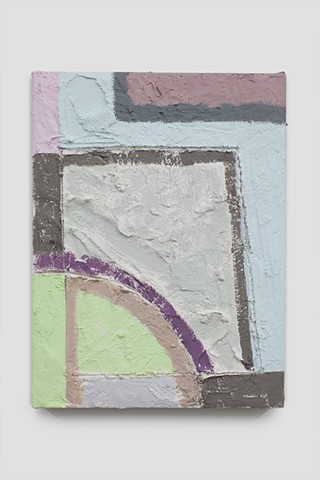 In The Not Yet, Molly Larkey combines elements of language, painting, and sculpture to point to both impossibilities of communication in our current world and an imagined future of fluidity, movement, and the possibility of transparent meaning. This new work is informed by the idea that the basis of language, the alphabet, becomes an agent of oppression once it becomes a fixed system. It imagines a different basis for language, not yet as a concrete project of revolution, but as an individual act of imaginative rebellion. For Larkey, since this imagined language or alphabet can't be made real, it has to be brought closer to our field of vision through art.

This new work also speaks to our human condition as bound in contradiction, even as it rejects the dichotomous, and insists on fluidity of form and function. It longs for a language that names the subjectobject, the masterslave, the malefemale, the richpoor, the livingdead, the blackwhite, the allnothing, the infinitelimited. It points to our failed dualistic vocabularies, and how the structures of power that benefit from an either/or have routinely denied the neither/both a space, a name, even a shape or form.

Thus the individual works refuse to be held down into one category, incorporating aspects of drawing, writing, painting, sculpture, and architecture. The large irregular wall works further embody this dynamic uncategorizability, changing shape as the viewer moves: a line becomes a shape becomes a symbol becomes a painting becomes a figure becomes a sculpture becomes architecture.

Through their material construction and composition, the small rectangular wall works display a chaotic tension on their surfaces. The textures of plaster and paper mache, traversed by simple etchings and deep grooves that disrupt a painting's typical placid surface, evoke refrigerator-worthy amateurism. The attractive color combinations and simple patterns suggest inoffensive wall-décor, but the erratic finger prints and unruly gouges run explicitly counter to these Pier-One Import evocations.

Seeming to refer to an ancient tradition of writing, these marks simultaneously deny their symbolic value. This refusal to participate in any single recognizable symbolic system continues the exploration in Larkey's work of un-naming and undoing fixed objecthood and consequentially reimagining the potential for a pluralistic representation.