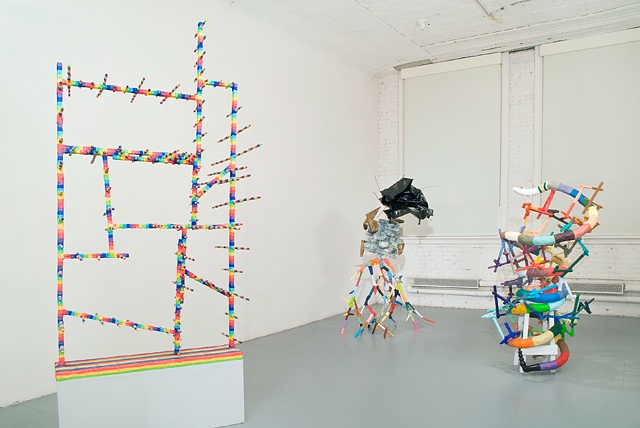 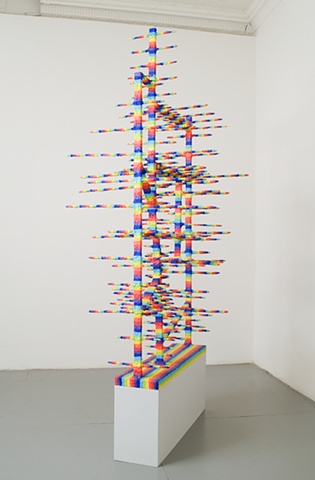 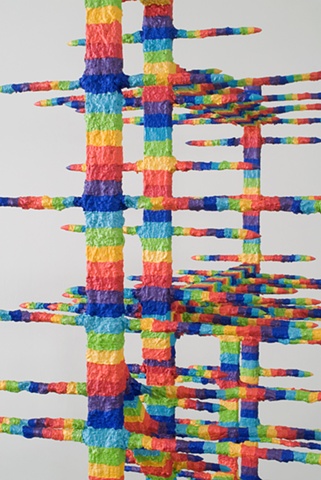 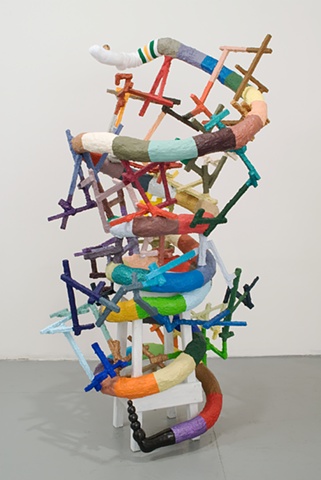 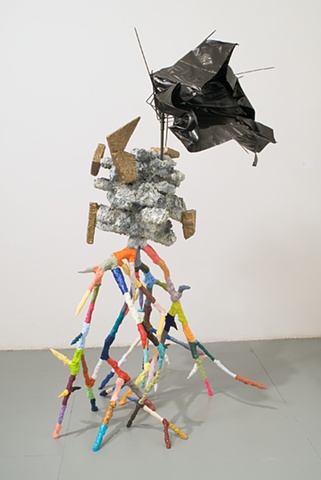 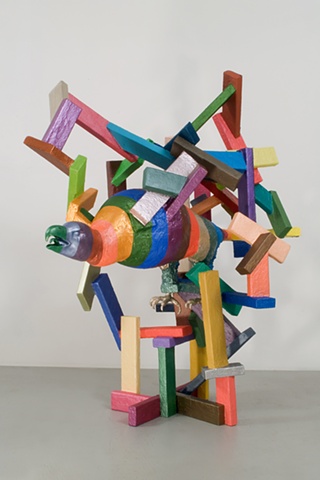 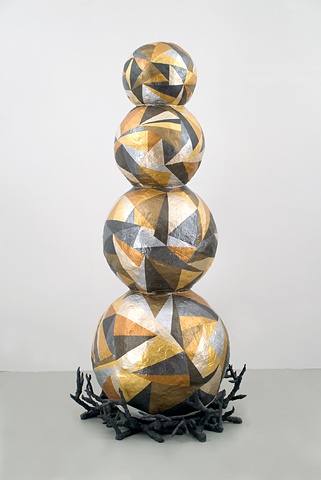 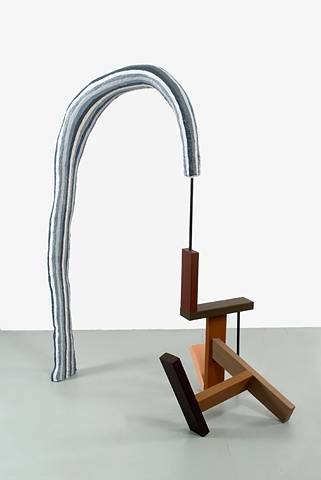 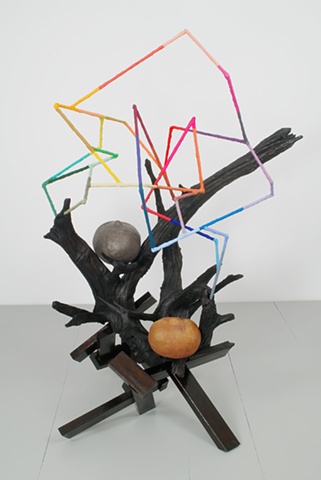 Molly Larkey’s latest body of work, collectively titled “The Believers,” combines abstraction and figuration to comment on political and social conviction and, as in her previous work, investigates the boundaries that separate the individual and the world.These new works explore how ideology intersects with identity and how belief can act as a wide-ranging agent—of exclusivity, violence, spiritual transcendence, and social change.

The earliest piece (2006), which shares the same title as the series, consists of rainbow-colored horizontal and vertical elements that evoke simultaneously a religious cross, baroque light rays, minimalist grids, and medieval torture devices. As the viewer moves around the sculpture, optical effects come into play. The spikes alternately cluster and spread apart so that from one angle it is a dense, dizzying array, and from another it is a light, airy form. As one’s beliefs are susceptible to influence and change, Larkey’s sculpture offers manifold compositions and interpretations.

The other two works on view, The Analyst and The Anarchist (both 2007), move away from optical illusion and the rigorous grid to incorporate organic forms.The serpentine spiral of The Analyst alludes to the importance of the snake in Freudian thought, even as humorous details, such as an athletic sock that serves as the head of the snake, subvert a strictly symbolic interpretation. Similarly, The Anarchist employs a windblown umbrella that suggests elemental nature as well as the violence and disorder that the title implies. Supported by root-like tendrils and gray slabs that resemble concrete clouds, it is—to paraphrase William Butler Yeats—a rough beast that slouches towards Bethlehem.

Larkey’s sculptural works are crafted meticulously through collage-like applications of papier-mache over found and hand-made structures. Her style of bricollage creates a surface of layers that underpins her intent for subtle revelations of insight into universal issues provoked by the objects. Though roughly created, the sculptures’ primary colors evoke a painterly constructivism while retaining the accumulative effects of today’s social climate.

Molly Larkey (b. 1971) was born in Los Angeles and has been exhibiting her artwork since 1996. She received her MFA from Rutgers University in 2000, and was recently a resident at the Atlantic Center for the Arts, Florida. Larkey has been featured in numerous group exhibitions at such galleries and institutions as The Drawing Center, New York; Samson Projects, Boston; and Bobbie Greenfield Gallery, Santa Monica. She lives and works in Brooklyn, NY.